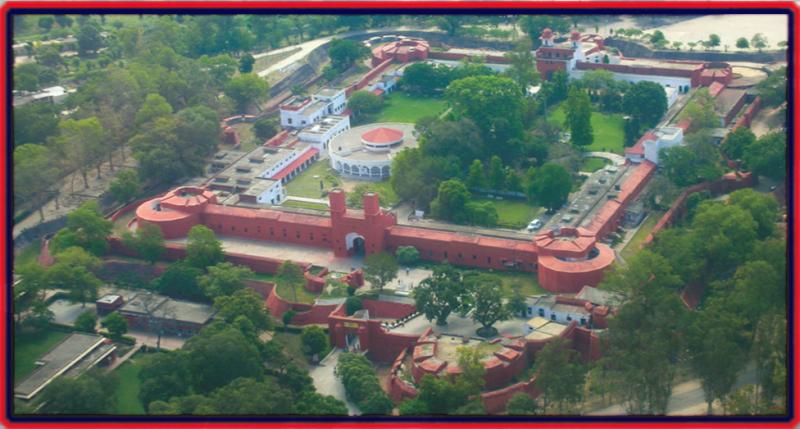 The Phillaur fort  has a fascinating history behind it. Situated on the Grand Trunk  Road,

it  has a great  historical background. The  town  of  Phillaur in which  the  fort is located owes its origin to a Sanghera Jat, Phul,  who named it after himself as “Phulnagar”. The Naru Rajputs of Mau,  a nearby  township, had  cast covetous  eyes  on  Phillaur  and  eventually under their Chief Rae Shahr  they wrested it from the Jats. Rae Rattan  Pal,  the son of Rae Shahr, liked it so much that he abandoned Mau and settled in Phillaur. The Jats then left the place.Later, however, at some period unknown, the  Rajputs also deserted it. Nothing is known thereafter until the reign of the  Mughal  Emperor Shah  Jahan  (1627-1658) when  an  imperial  Sarai  was  built  at  Phillaur. Later, the town was   occupied  by Kakarah Sikhs  and  held  until  Maharaja  Ranjit Singh (1780-1839) seized all  the Kakarah Estates. After  the  collapse  of  the Mughal Empire, Maharaja Ranjit Singh sent  Dewan Mohkam Chand,about the year 1809, to take possession of the Imperial Serai and converted it into  a formidable Fort with the help of his French and Italian officers, namely Generals Ventura, Allard, and Avitabile. It  was built  in  reply  to  the  British  who  had  built a  small  Fort  at Ludhiana on the  remnants said to be of an old Lodhi Fort, and to guard  the  ferry of Phillaur. The British occupied this Fort in 1846  after the Sikhs  were  defeated in the battle of Aliwal. Phillaur, thereafter, became  a Cantonment  and  Fort remained under the charge of Army authorities till 1890 when it  was handed over to the  Civil authorities and has been used thereafter for police training purposes. The fort was renamed as ‘Maharaja Ranjit Singh Fort’ by the Punjab Government by a notification dated 6th April, 1973. 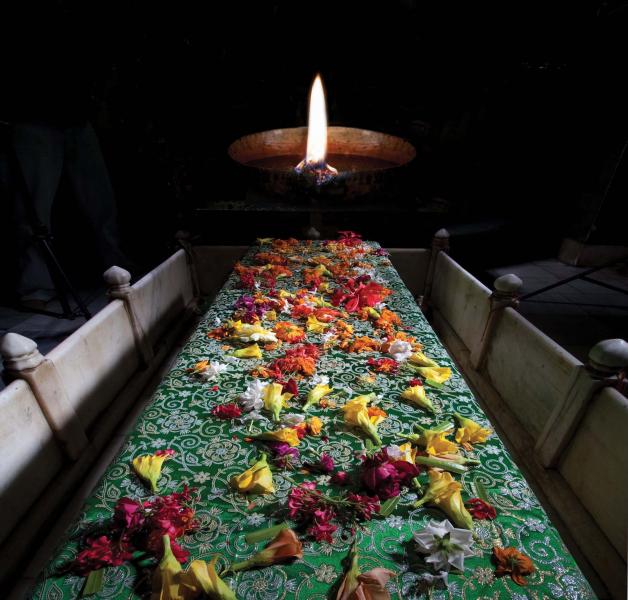 The fort enshrines under one of its domes the mausoleum of a  saint fondly remembered as Pir Baba Abdullah Shah Ji. He had sacrificed his life to uphold the human values of love and kindness as per the following legend. A wall of the fort  constructed during day time  under orders of Maharaja Ranjit Singh would mysteriously  collapse during the  night and thus affected the work. The Maharaja was advised by religious heads to offer sacrifice of any male person belonging to the priest class who should be the only son of a widow. A Brahmin boy of Phillaur, who fulfilled these conditions, was brought before Maharaja Ranjit  Singh for the sacrifice, The wails and lamentations of a boy’s mother attracted the attention of  Pir Abdullah Shah who lived nearby. The Pir offered himself for the sacrifice and petitioned to the Maharaja to accept him as he fulfilled all the conditions. The Maharaja agreed  to the offer and the boy was released. Pir Abdullah Shah, it is said, was then immured alive in the northeastern wall of the fort and the construction of the fort was thus  completed. The Mazar, over the years has been a source of great spiritual inspiration to the police personnel and the people who come from near and far away places to pay their respects to the revered Pir and his legend. 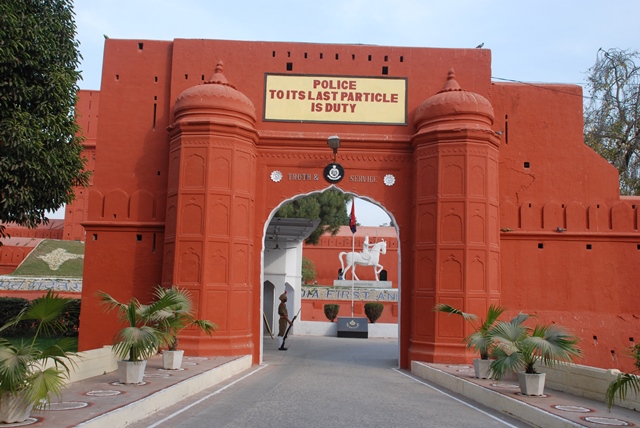 Prior to the  enactment of the Police  Act of  1861, the Punjab  Police was known  as  “Military  Police Force”   and  it  consisted   of  8100 men.  Out of these, 5400 were  infantry divided into six Battalions  and the remaining  2,700 were the cavalry. The  Punjab, the sword-arm of India, however, needed a superior force for its internal administration. The Police Act of 1861came into force in Punjab with effect from  the 1st January, 1890.

Soon thereafter the Provincial  Government got serious  about the    training of the police. Earlier the art of prevention and detection of  crime, an  essential  attribute of a police officer was more or less left to the school of experience. The contemplated force had, of course, to be  rough and tough to match  the turbulent, strong, hardy and proud people of this  land. At the same time, it had to be  amiable and well acquainted with the knowledge of the law of the land. Thus  arose the need for a Police Training School. 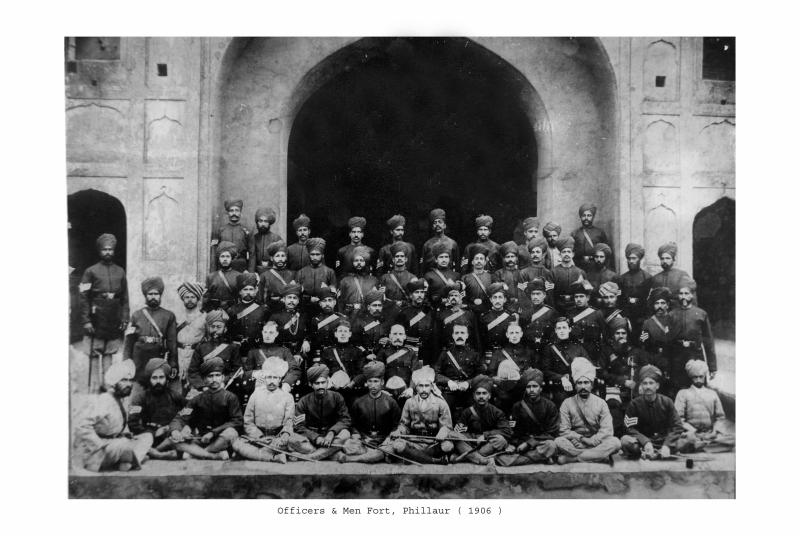 The Police Training School was established in the Phillaur Fort by a Home Department  notification dated  the 9th  September, 1891, with a meagre staff under Mr. J.M. Bishop, I.P., Assistant District  Superintendent of  Police. The School started functioning with effect from the 1st January, 1892. Thus Punjab became  the first state in the country to establish  such a  school.  Most  of the other  training schools  were set up after the report of the Police Commission, appointed in 1902 by Lord Cuzon.

Thus, it is the oldest police training institution in the country.The school was created to cater to the training requirements of officers and men from North-Western Frontier Province, Punjab & erstwhile Princely States. The officers selected in the Indian Police were also given training in this institution. The training curricula laid great stress not only for physical fitness or drills, but also on special spheres of work like patrolling, investigation of crime and a host of other duties. The erstwhile princely states sent their princes and senior officers for training. Late Maharaja Yadvindra  Singh of Patiala also received this training from this school. The billiards table in the officers mess was donated by his father at that time. Many I.P officers who made a mark in Police Service also passed out from the portals of this institution. This included Sardar Sant Parkash Singh, the 1st Inspector General of Police of Punjab after independence, Mr. Kurban Ali, who subsequently became Governor in North Western Frontier Province, Pakistan, Nawab Itzazuddin, a Police officer of great repute in Pakistan and Shri Ashwani Kumar who occupied very important positions in the hierarchy of Police organizations at national level.

Mr. F.H. Duheaume remained Principal of this institute four times in 1934, 1938, 1939 & 1942. The laying of roads inside and outside the college, which is spread in about 250 acres of land, was done by him. The fauna and flora which are in great abundance in the campus and which include some rare varieties of trees, was also planned and planted by him.

Another British officer Mr. H.W. Hale was the Principal of this institution in 1938,1939,1942 & 1947. He set high standards of discipline in the school. It is said that one day he reached late by 15 seconds for inspection of the general parade. Nobody noticed this delay, However, when he came back from the parade, he started running in the scorching sun of hot summer and kept doing so for about one hour. When asked the reason for his doing so, he replied that he had probably become slack and was, therefore, disciplining and punishing himself to shed the lethargy. His personal example, helped in setting up high standards of discipline & punctuality and also built up this institution in the country as a premier Training centre. Sh. Ashwini Kumar, I.P. was the first Indian Principal, who succeeded Mr. W. St. Hodder, I.P. in 1947. 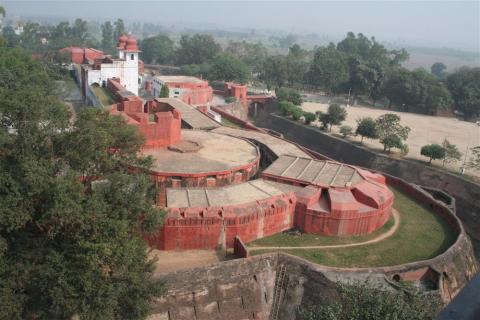 The school was upgraded as a Zonal College in 1967 with Mr. B.S. Danewalia, IPS, as the first Principal in the rank of DIG. The institution is now around 120 years old.Police Training College, Phillaur occupied a pre eminent place amongst training institutions in the country and it had been possible to achieve and maintain this prestigious position mainly due to the ever high standards of indoor and outdoor activities. The Centenary celebrations of the Police Training College, Phillaur,  were held from 29th March to 31st March, 1992. The highlight of the celebrations was the Punjab Police Colours which were presented by the then Home Minister of India, Sh. S.B. Chavan on 29th March, 1992. 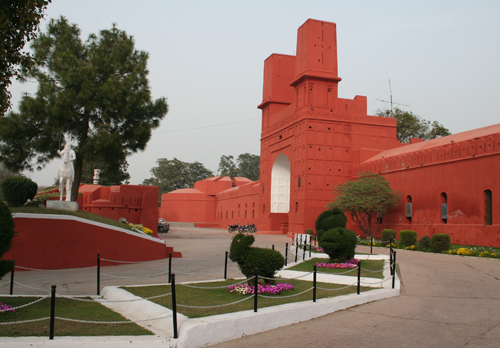 The present new academic look was added in April, 1995, when the institution was christened as Maharaja Ranjit Singh, Punjab Police Academy and it was affiliated with Guru Nanak Dev University, Amritsar in 1996 It caters to the training facilities of not only Punjab but also for as many as 12 other Indian states and union territories as well as central police organizations. The countries of Bhutan, Maldives, Afganistan, Palestine, etc. also send their police personnel  for training here. The Academy is in partnership with British and Ethiopian Police organizations in the fields of research, academics & specialised training.

The Academy has latest training infrastructure backed by modern structural layout and specialised  police training programmes. The Academy is the  first police training institution in the country which in collaboration with Guru Nanak Dev University, Amritsar started imparting the instruction of M.A., M.Phill and Ph.D. degree programmes in the discipline of Police Administration a feature which has been appreciated at National and International levels.